A History of the Airpark

The facility was first used by the United States Army Air Force as Big Spring Army Air Field, opening on 28 April 1942 as part of the Central Flying Training Command. The mission of Big Spring AAF was to train aviation cadets in high altitude precision bombing as bombardiers. The airfield had received its first class of cadets in September 1942. The AT-11 (Beechcraft Model 18 and the B-18 Bolo were the primary aircraft flown for training. 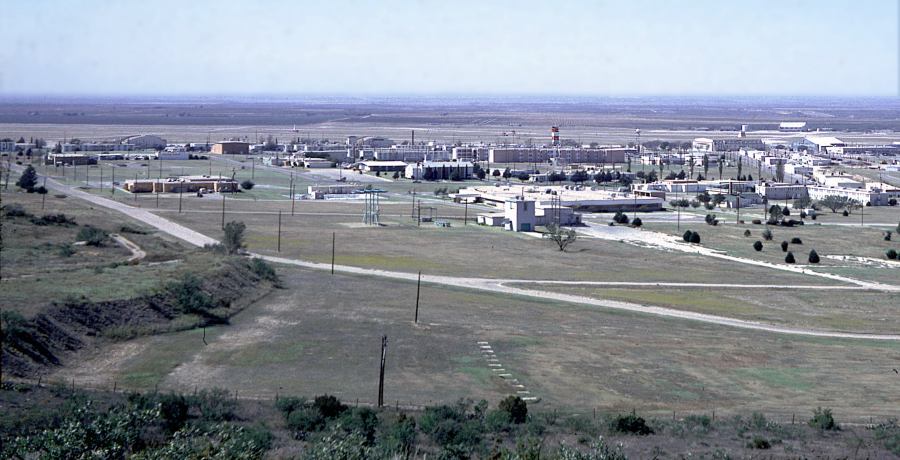 The 79th Bombardier Training Group continued operations until the surrender of Japan, when the cadets who agreed to remain in postwar service were transferred to Midland AAF, Texas. The last class graduated on 26 September 1945. The base was declared surplus and reverted to city control in November 1945 and it served as the Big Spring Municipal Airport for 6 years.


As a result of the Korean War, and the need for trained pilots, the airfield was reopened on October 1, 1951. The base was renamed Webb Air Force Base in 1952 to memorialize Lt. James L. Webb, a Big Spring native and World War II combat pilot, who was killed off the Japanese coast in 1949.

The 3560th Pilot Training Wing (later redesignated the 78th Flying Training Wing) was stationed at the base, and instruction of the first class began in April 1952. The base population soon passed the 2,000 mark. By the end of 1968 almost 9,000 pilots had been trained at Webb.


In 1956 the 331st Fighter Interceptor Squadron was transferred to Webb from Stewart Air Force Base in New York to defend the southern United States border on air intercept missions. In March 1967 the 331st was redesignated the 4760th Combat Crew Training Squadron and charged with training Jordanian Air Force students. It was inactivated when the Jordanians were recalled because of the war with Israel in the summer of 1967.

Webb was also the site of annual summer training for ROTC (Reserve Officers' Training Corps) cadets throughout the 1950s and most of the 1960s. In 1977 the end of the Vietnam War meant a decrease in the need for Air Force pilots. Webb was formally deactivated, and the property it had occupied was turned over to the Big Spring Industrial Park.


The area currently serves as the general aviation airport for the City of Big Spring, known as Big Spring McMahon-Wrinkle Airport. In addition, three units of the Big Spring Correctional Center (a federal prison privately operated by Cornell Companies) are located on the base grounds (as well as FCI Big Spring, which is a separate facility and operated directly by the Bureau of Prisons).
Report a Concern
Employment
Agendas & Minutes
Open Government
Online Bill Pay
GIS Mapping
Bids Posting
Notify Me
Calendar
Alerts
Visitors
Back to Top
[]